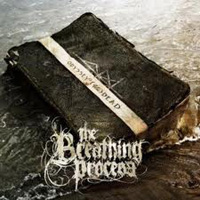 You know, Bleeding Through is at fault for this – don’t blame the symphonic black metal bands. The now beyond watered-down idea of merging black metal with hardcore has grown increasingly stale to the point where there is not a single band of redeeming quality of this ilk. Granted, The Breathing Process aren’t the worst band of the sympho-hardcore style (hey, Winds of Plague), but they don’t do themselves any favors on their second full-length,Odyssey (Un) Dead.

We’ll give the band props for tossing in clean female vocals courtesy of guitarist Sara Loerlein, which serve as a deterrent from primary vocalist John LaFreniere’s atypical growls. It’s a mild distraction from the unfortunate blurring of songs that ultimately clog this thing up like a truck stop toilet. The only times in which The Breathing Process make any headway in being memorable is during the melodic caress of “Grimoire” and Loerlein’s vocals on “Vultre(s)” and “Starless: Eternal.” The rest saunters into a haze of played-out beatdowns, chunky riffing and clunky keyboards. Bleh.

We’ll give The Breathing Process this: they’re not nearly as generic as Winds of Plague, which isn’t saying much. Seven years ago, this was a novel idea, one that had some potential, but like anything, a massive pile-on ensued and the brigade of soundalikes ruined it for everyone. Consider this style beyond ruined. Are we at extinction level yet? 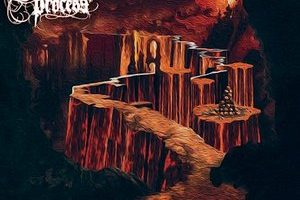