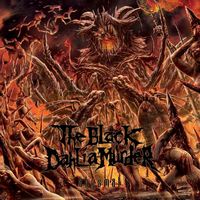 Current genre stalwarts The Black Dahlia Murder may have hit things big from the start with Unhallowed, but with each go-round they seem to become even bigger. But the band has never let it get into their heads (vocalist Trevor Strnad’s public shout outs to more ‘underground’ acts is something that would be nice to see more of within the metal world), and each album becomes an attempt to outmaneuver the one that preceded it as well as usher in a few new elements. Abysmal satisfies both requirements and should easily quench the thirst of those eagerly awaiting TBDM’s latest outing.

The first impression of Abysmal, as the released tracks can also attest to, is how fast it is. “Threat Level Three” and “Asylum” are two quick examples of the relentless speed and intensity that TBDM attempted to infuse to their already lightning-quick approach. As impressive as it may be, what tops it is how they can keep the brutal tempo while delivering memorable and catchy riffs. Anyone can play super-fast, but without the strong melodies like those you’ll encounter on “Vlad, Son of Dragon” or “The Fog” it’s all for not. Abysmal is soaked with high-intensity melodies that will keep your interest (and possibly become more intriguing as time goes by). But it’s not all a speed rush of course. “Stygiophobic” nicely eases off the gas with some restraint and an excellent atmospheric solo towards the end of the song. “Re-Faced” also abandons the all-out rush to achieve some of the album’s most headbangable mid-tempo moments and is sure to be a live favorite.

After a string of albums that have solidified The Black Dahlia Murder’s position within the extreme metal realm, Abysmal serves as one more notch for the band. It sounds exactly how a TBDM album should sound, all while keeping a certain freshness to make it stand out among the band’s discography. At this stage in the game, no one expects TBDM to re-invent themselves so much as just provide another suitably enjoyable album, and to that end, consider Abysmal to go above and beyond what is required – keeping The Black Dahlia Murder two steps ahead of their peers.