The Agonist – Lullabies For the Dormant Mind (Century Media Records) 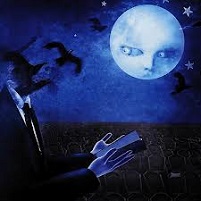 + metalcore) and turned it into something more expansive, slightly deranged, far more off-the-cuff than one would expect. Their 2007 debut, Only Once Imagined failed to leave much of a mark, but Lullabies For the Dormant Mind strikes early and often, and is sure to arouse many based on singer Alissa White-Gluz’s banshee roars and devilishly elegant persona.

Like the new God Forbid, this thing is ugly (what’s up with that, by the way?) and it skips past the now rudimentary Swede-melodies so many of the Agonist’s peers are drawn to. Aside from White-Gluz, the real star here is guitarist Danny Marino, whose intricate, shape-shifting riffs keep this album in motion, just refer to his riff gymnastics in “…And Their Elegies Sang Me To Sleep” (the groove riff at 2:41 is a keeper) and “The Sentient.”

White-Gluz’s vocals dominate most of the album and she relies heavily on her growls, which are slightly stronger than her clean vocals. Her background harmonies are quite solid (see: “The Tempest” and “Thank You, Pain”) and should be exploited to a greater degree down the road, methinks, as they have some serious potential when paired with more melodic ventures.

Thanks to our good friends at Century Media, we were provided with the lyrics and it reads

more like deranged (savage?) poetry than your run-of-the-mill, pissing-in-the-wind prose that usually comes from a band with a chick at the helm. Clearly, a lot of thought went into these and it’s becoming a lost art nowadays, even though following along amidst the battering-ram music was a task onto itself.

Not sure how this one is going to land, as it eschews the radio-friendly vibes of label-mates In This Moment, isn’t front-loaded with Swedish death metal heritage (i.e. Arch Enemy) and is without any pandering, pointless pretense (i.e. the thousands of female-fronted Goth metal acts). White-Gluz alone makes this an easy sell, but bands

like the Agonist that diametrically oppose the sway of current metal trends are often met with furrowed brows and scratched heads. Good for them – people need to be challenged. Quality stuff.