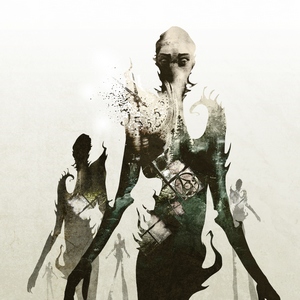 Not being a band set on repeating themselves, it goes without say that The Agonist have continued to evolve with their fifth album, Five. With the addition of Vicky Psarakis to the band before Eye of Providence, the band found themselves invigorated and ready to break plenty of ground. Five retains some familiar footing, but also finds some significant shifts in sound as well.

Five’s strongest identifying aspect is just how diverse it is. You’ll find a staggering variety of tracks from start to finish, but the band’s songwriting skills hold it all together to present a unifying body of work. On the one hand, you can seek out the more aggressive of the material, including the melodic death thrashing of “The Villian” or “The Chain,” but there are some who take the same formula and tip it on its head, such as the stirring darkened riffs of “The Game,” which shoot off into one of the album’s strongest and most memorable melodic choruses. More atmospheric tones can be found in “The Ocean,” which features some strong leads and an emphasis of melody in both the instrumentation and the vocals. Similar feelings can be found in the acoustic “The Raven Eyes” and eerie grooves of “The Man Who Fell to Earth,” both of which show that vocalist Vicky Psarakis is feeling more at home with the band and pushing herself to new limits in both cleans and screams.

Not that the rest of the band isn’t equally ready to strive forward, as the culminating instrumentation of “The Trial” and rollicking “The Anchor and the Sail” continue to show proof that The Agonist have some of the most wonderfully underrated songwriters for this particular genre. The closing cover of “Take Me to Church” might seem an odd choice, but the band finds a way to put The Agonist spin on it without turning it into an unrecognizable “metal cover” (you know, just thrash until the chorus), and brings forth some added darkness to it.

As The Agonist continues to march onwards, it’s to their strength that they strive to improve and evolve their sound into something that works for them as a group. Five may be a little bit softer on the ears than some previous works, but the wide reach of tones and emotions that shine through make it a worthy addition to their discography and a gem of the fall season.