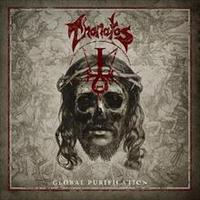 Forming all the way back in 1984, Thanatos is touted as one of the first Dutch “extreme” metal bands. Global Purification being their sixth album, Thanatos is a band that takes their time with releases. After reforming in 1999, they usually see fit to release something about every five years or so. Their latest should please any long-term fans as well as maybe snag them a few new ones.

Thanatos brand of death metal is seeped in thrash and doesn’t shy away from blast beats. This is flat-out aggression above all other things (as death metal should be), and the nods to German thrash, the ole Floridian death metal scene, and even Slayer and Testament don’t go unnoticed and the band does an admirable job of staying out of the range of sounding too much like any of the above influences. Tracks like “Feeding the War Machine” are quite thrash forward and it’s a great mash up of the two genres in terms of brutality. Some tracks, such as “Nothing Left” or “The Demonized Minority” utilize some more melody in some lead work, which keeps the affair from sounding too samey-sounding over the course of the album. One of the album’s biggest strengths is that of vocalist (and guitarist) Stephan Gebedi, who’s vocals keep an intelligible tone while conveying the necessary brutality and he also tosses in some killer screams from time to time that never fail to enhance the mood.

Thanatos knows their sound and their strengths/weaknesses at this point in their career. An album full of death and thrash that’s sure to get the body in motion, there’s not much to complain about here. Global Purification is solid. 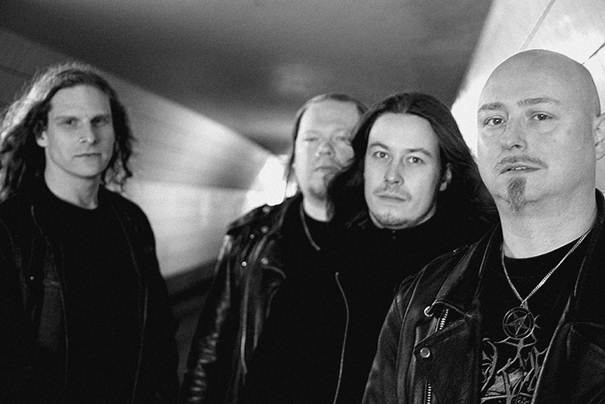