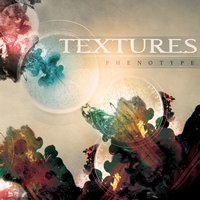 If Meshuggah were the progenitors of what we now call djent, Textures has to have laid claim to being the second band through the gates and pushing the sound in a few different directions. It’s been five years since their last release, Dualism, but the band is looking to make up for lost time with Phenotype being the first of two releases (the second being Genotype, slated for release in 2017). We’ll just say that Textures hasn’t missed a beat.

Always capable of providing equal mixtures of heaviness and beauty, Phenotype is a great reminder of how much ground Textures can cover without spreading themselves too thin. “Oceans Collide” is an excellent opening track, in and of itself showing what is to come on Phenotype. Opening on the heavier side of things with a driving polyrhythmic riff, the back-end of the song sees Textures moving into more soaring, melodic territory. Album highlight “Shaping a Single Grain of Sand” sees Textures at their absolute heaviest, switching between some elegant sung vocals and mid-tempo chugging and fast, blast beat-ridden riffs with massive intensity. Instrumental “Meander” stands out for its usage of tribal drumming with subtle synths. On the more melodic end, instrumental piano piece “Zman” and album-ender “Timeless” combine for a glorious combination. The latter containing some great synth presence that elevates the song without outdoing the rest of the band. It also features some commanding vocals from Daniel de Jongh to finish things off.

While one might argue that Phenotype might be playing thing a little safe, there’s no denying that this is Textures in their best form. After five years away, it’s great to see the band is still capable of leading the field with their aptitude for combining sometimes pummeling polyrhythms with gorgeous melodies and delicate atmosphere. Phenotype is satisfying in and of itself, but also works as a great appetite-wetter for next year’s Genotype.