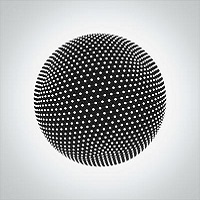 Tesseract said much through the Perspective EP last year, as much in what it lacked as what it contained. Gone were the screams and endless bouts of needless pummeling so many bands like to indulge in. In their place was a focus on ethereal atmospherics and gorgeous melodies wrapped up in some of the frailest male vocals possible within the metal spectrum.

All of this return with a vengeance with Altered States, and the results are phenomenal.

In fact, most elements traditionally considered metallic (be the djent in nature or not) are mostly absent here, the band instead opting to transition to an almost all-progressive form. A mostly continuous 51 minute flow of music bathes you in subtle movements, soaring harmonies (be they vocal or instrumental), and some of the finest bass-work in the scene (this band would not be who they are without the colossal bass presence).

When a new vocalist was announced, inquisitive ears stood in mute surrender to what it would spell for the direction of the band moving forward. Lovingly, new vocalist Ashe not only continues the tradition of soaring and airy vocals, but it has resulted in the complete abandonment of screams and shouts. Ever-arbitrary feeling nowadays, it’s an example more bands of this style should follow.

There’s been a decided lack of mentioning individual songs, and this has been on purpose. The album is divided up into four ‘clusters’ of two-three songs each, flowing into one another and reflective of a particular theme. That being said, it’s something best experienced as a whole, and not individually, even though some of the tracks individually are spectacular. The band’s chops are still top-notch, but they’re not the showpiece, they’re intrinsically linked to and exalted through the songwriting. This is not an album of recycled Meshuggah-aping and pointless excursions of wankery, this is a touching and thrilling journey into the boundless plains of possibility and experience.

This managed to miss my top-5 of the year so far, and that was a grievous error. To the band, to this album, I duly apologize. This is a masterwork.