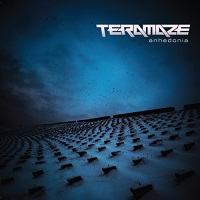 A band that might find itself in solid favor with critics but over the heads of the casual metal fan, Australia’s Teramaze are a forward-thinking metal amalgamation that rolls thrash, progressive, and technical metal into one, tight, compact

package. With all the Australians cram in, there’s still an onus on songs, which is the biggest takeaway from the ten jams that comprise of the band’s excellent Anhedonia, their third full-length in a 14-year career.

As such, bands that originated back in the 90’s (like Teramaze) have the propensity to stick their necks out more for writing hook-laden material than going for broke with technicality. It’s a prevailing theme throughout Anhedonia’srunning sequence, as singer Brett Rerekura doles out one killer vocal hook after the next, especially on the opening title track, “Through the Madness” and “Where the Dead Grow.” In fact, Rerekura has such a superior voice that Teramaze could probably cut back on their riff exploits and would still sound just as dynamic.

In spots, Teramaze has the feel of a sharper-sounding Tool, as heard on “Acts of Reparation,” which is probably the strongest song of the lot. Bolstered by a swinging groove in the verse and a radio-friendly melodic chorus, “Acts of Reparation” is the album’s nuts and bolts track, with the staccato “Black Circles” and grueling “Egostatic” holding up the flank.

There’s no proper reference point for a band like Teramaze, although they recall the ahead-of-their-time stance of mid-00’s Mercenary. Just like the Danes, Teramaze doesn’t adhere to one style, which sometimes confuses people even when the songs stick like one’s shoe to tar on a hot summer day. OnAnhedonia, Teramaze have created a balanced effort that spews uniqueness. In this day and age, that counts for quite a bit. 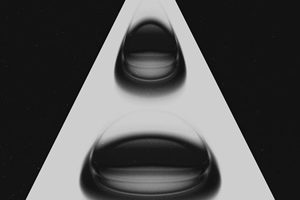 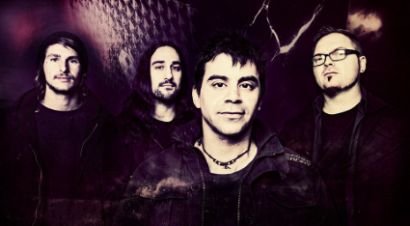