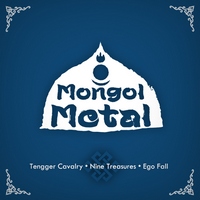 Many folks complain that much of metal has become homogenized and ‘by the book.’ If you happen to fall into that camp, Mongol Metal will be of certain interest to you. A three-way split put together by a heavy metal organization in China, it features three of China’s finest metal exports each providing 4 songs: Tengger Cavalry (who have seemingly already made a name for themselves), Nine Treasures, and Ego Fall. This is folk music that will stand out among peers.

All three bands featured utilize traditional Mongolian instruments alongside their metallic mainstays, giving the album a significant amount of oriental flair. The first song (“Wind the Horn”) is quick to draw your attention with Ego Fall going forward with traditional throat singing in the verses – a sure sign that this is an album that is going to effectively branch out from the norm. There are more traditional instruments as well, most notably the horsehead fiddle and yatga. Of the three bands, Ego Fall has the darkest vibe, with a bit of grit in their approach to the hybridization of folk, death, and even a few modern elements. Tengger Cavalry brings a speedier and almost cinematic approach, occasionally giving some nods to a more oriental-sounding Eluveitie. Lastly, Nine Treasures captures the most ‘folky’ folk metal vibe, with more clean-ish singing (compared to the other two) and equally upbeat vibe.

With each band focusing on slightly different elements, it makes for a treat moving between bands as the album progresses. This is the type of album that shows just how worldly the metal scene has become – not to mention its ability to incorporate traditional instruments without feeling cheapened or gimmicky. A clear recommendation for those looking for a little ingenuity in their folk metal. 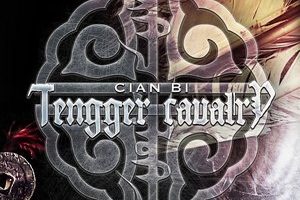 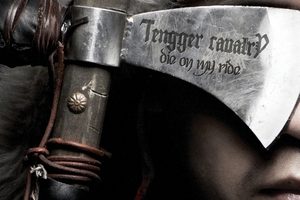