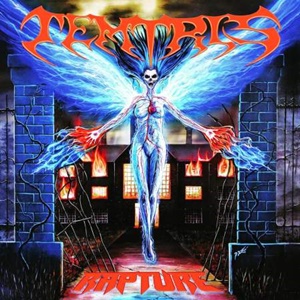 Australia has been a hotbed in the metal landscape for multiple genres in the past decade or so. You are seeing acts gain bigger market share due to consistent record label output and worldwide festival/touring action – upping the game so to speak for younger and veteran artists. Temtris from Shoalhaven/Sydney have been a part of the same productive heavy metal landscape since 1999, as Rapture is their fifth full-length while they debut a new rhythm section since their last record (bassist Nick Wilks joining last year, drummer Youhan AD coming into the fold in 2018). Establishing a long-standing passion for NWOBHM-style riffing and hooks, the band also embrace power, thrash, and extreme influences and elements that keep this record moving along at a diverse and dynamic pace.

These musicians understand how to layer things in such a manner that the listener can pick up on multiple things as subsequent passes flow through your speakers. It can be a dual male low vocal against Genevieve Rodda’s fierce multi-octave vocal prowess for “Wings of Death”, the culturally-engaging twin guitar harmonies during “Serpent”, or the racing tempos against some back and forth stop/start axe action for the follow up “Parasite” – they all contribute to a sound and output that brings together acts like Judas Priest, Nevermore, Arch Enemy, and Iron Maiden. The short title track intro conveys Celtic themes in its drum march and guitar layering transposed to electric measures, setting the stage for elevating fists and heart rates through “Flames of Defiance” – Genevieve demonstrating her fierce mid-range and higher singing capacities a la Leather Leone and the mighty Rob Halford. The dazzling displays of harmonic guitar runs and pure power chord charged riffing from Anthony Roberts and Anthony Hoffman will keep “Run” and “Carry You” top of mind – even as the latter is more of a slower epic track that features introspective acoustic verses that build into a more Rainbow/Primal Fear-esque power atmosphere.

The production and tones embrace many modern aspects while never losing the plot as far as what listeners expect in the melodic heavy metal platform. Rapture succeeds in heart-pumping power that has a lot of qualities that made this genre popular in the 1980’s, to the point where multiple generations of fans can appreciate Temtris. 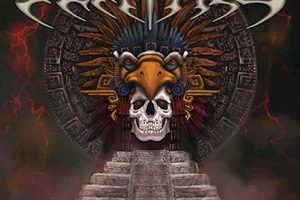 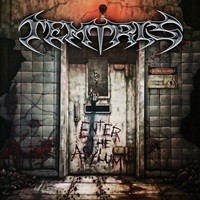