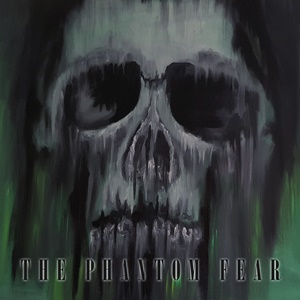 One of the more unique band names as of late, Tasteful Turmoil started in 2015, their path entailing a mixture of groove, thrash, and death influences while stirring in some traditional, NWOBHM nuances. They released an independent debut album Protect the Wasted a year later, including some interesting song titles with “Alcoholocaust” and “Sex Sex Sex” – setting the stage for signing with Inverse Records and issuing their follow-up The Phantom Fear. After a few spins, it’s obvious this quartet squeezes everything in their riffs, attitude, songwriting, and execution – delivering a style that’s quite catchy and primal/raw as far as the tones and sandpaper-ish vocal delivery.

Certain riffs possess that mid-tempo jumpy factor that put Anthrax and Metallica on the map – check out “Man, The Machine” and “Noxious Offender” for chunky guitar rhythms that circulate and penetrate for incessant head bobbing action as well as audience shout-a-longs during the choruses. At the same time, the band look outside that thrash platform when it comes to the screams and venomous vocals for guitarist Severi Kaakko and the occasional classic catchy hook or groove combination for guitars, bass, and drums. The slower start to “On Through the Dark Days” features a distinct UK metal flair, which mutates in harmony extensions a la Judas Priest, put through the older Beneath the Remains/Sepultura paces while featuring some nifty bass underpinning skills during the instrumental parts from Kasimir Kaakko. When Tasteful Turmoil wants to gear up the aggression, that’s when things turn deadlier (or death-oriented) as “Push” features distant screams and a relentless groove, while the epic side appears at the end for the 7:35 “Morior Invictus”, the mid-paced doom riff given a bit of Sabbath/NWOBHM extension, only to transition to more energetic harmony passages in the middle, the lead break featuring hammer-ons and wah-wah pedal activities that would make Kirk Hammett proud.

Considering there are nine tracks and the record doesn’t pass 37 minutes, The Phantom Fear does an adequate job of putting out the main course and satisfy your thrash needs just enough to keep you coming back for seconds. It’s not the most polished sound – these musicians favor a raw, in your face approach like those bands on the edge or in their early years of their discography. A band to certainly keep an eye on.