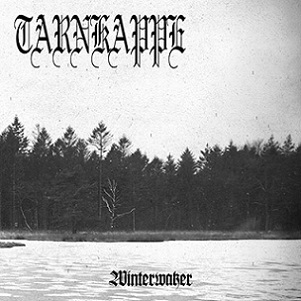 Evidently, Tarnkappe is German for “magic hood,” a fitting name for a black metal ensemble if there ever was one. However, the band is Dutch, so go figure. Nevertheless, consider the band relative newbs on the black metal front, with 2013’s Tussen hun en de zon being their only full-length foray prior to Winterwaker. Stylistically, they’re of the orthodox mind, playing a roots-based, stringent form of black metal that is a direct reflection on the scene’s less flexible orientation circa the mid-90s.

Although their name and album title would suggest otherwise, Tarnkappe has little to do with forest-dwelling, atmospheric black metal. In fact, there’s a noticeable punk sheen to their sound, which would suggest they’re devotees to BM’s early rumblings ala Hellhammer and Venom. (As always, it should be noted that no one will ever play more simplistic black metal as Hellhammer.) Because of this, there’s little variation to Tarnkappe’s riffs. They generally volley between one elongated tremolo bout to the next, with some chord switch up. It’s a hard line, but on “Aan de aarde bebonden” and the album’s title track, there’s at least a degree of BM triumph; perhaps a modern day incarnation of Gorgoroth, if anything.

The fervent degree in which Tarnkappe rattle off songs is commendable, if not a rare throwback to black metal’s violent past. The question with this brand of black metal has always been whether it’s better to substitute dynamics and variety for an all-out assault. On Winterwaker, Tarnkappe chooses not to answer such a question, preferring to trudge off into the frozen fields of…winter. 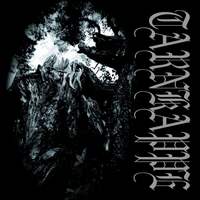