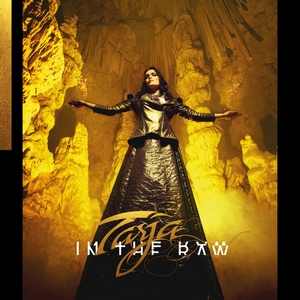 One of those names that really needs no introduction, Tarja Turunen is easily identifiable in the metal world with her time with Nightwish as well as her prolific solo career. Now with eight albums solo (not to mention live releases and EPs), it’s clear she’s right in the swing of things. In the Raw is ultimately “good,” but suffers from a dip in quality as the album progresses.

Starting things off with a real bang, “Dead Promises” sits as one of the strongest tracks on the album. A duet with Bjorn Strid (Soilwork), there’s plenty of heaviness and grit, as the two play-off of each other excellently, with Strid utilizing both clean and growled vocals. Continuing the potent guest train is Lacuna Coil’s Cristina Scabbia on the next track “Goodbye Stranger.” A bit more groove and emphasis on melody, the vocal exchanges are once again brilliant. “Tears in Rain” and “Railroads” are undeniably catchy symphonic blasts, sure to stick in your head – leading up to the album’s ballad “You and I.” There are some strong lyrics and Turunen’s vocals are soaring in the best way in this poignant cut. But trouble begins to rear its head with “The Golden Chamber.” Largely instrumental, it’s more of an ambient soundscape with some light vocals laced in, but it feels more like backing music to a soundtrack. At 7-minutes, it all but dulls the vibe of the excellent opening tracks. Things aren’t helped by the follow-up “Spirits of the Sea,” which is surely heavier but seems to also lumber along and meander for its also 7-minute runtime. Likewise, the Tommy Karevik-assisted “Silent Masquerade” is a bit of a slow boil, even if the ending is quite potent. The final two cuts finally elevate things to the opening cuts, but by this point there’s been too much time lost in the middle of the album.

Despite a lagging mid-section, In the Raw will be enjoyable for die-hard Tarja fans. That said, for everyone else, the inconsistency in the middle will probably be enough to cause a shrug or simply seek out the album’s best tracks. Ultimately, it’s a case of a potent EP being stretched into a bloated full-length. A shame considering how strong some of these cuts truly are.