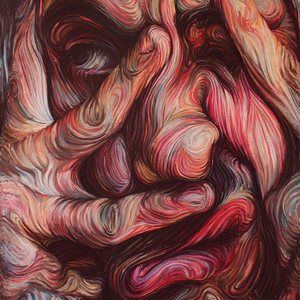 Ever the case with the expanding metal community, some bands never manage to hike themselves up into the radar despite a consistent and quality background. Greece’s Tardive Dyskinesia are 10 years, and now four albums, into their sound despite the relative obscure status. Previous effort Static Apathy in Fast Forward sought to change that, and perhaps Harmonic Confusion will finally be the piece to break the band through.

Progressive metal in the more modern sense of the word, Harmonic Confusion does play off a number of influences to create a more unique vibe. Sights and sounds can be looked at upon with nods to everything from Textures to Mastodon to Intronaut to The Ocean, which gives the band an adequate base to build the rest of their performance. Lots of progressive riffing, lots of grooves, and a wide variety of screams/cleans are some of the highlights, with some memorable tones hitting “Savior Complex” and “Self Descructive Haze” in particular. They also have plenty of emotional heft to their sound, without being melodramatic or overzealous. “Threads of Life” in particular, with its use of strings, adds to the dynamics and brings the band further into the stratosphere. They don’t balk at the longer song lengths either, with tracks mostly hovering in the 5-7 minute zone. But with their blend of influences, they find a way to keep things interesting – never do the songs feel that they’ve lingered for too long.

A pleasing mix of progressive, post-metal, and beyond, Harmonic Confusion finds plenty to draw the listener’s attention without stretching too far. Those looking for an album with a knack for groove should find comfort here for sure.