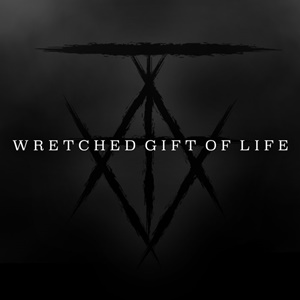 Previously appearing on the site with their 2016 EP Eyes of the King, Pittsburgh’s Talion at that point in time had more of a power/semi-doom metal template that definitely needed a little spit shine on the main clean melodies from guitarist Nick Fischer. Willing to put in the improvement, the follow-up Wretched Gift of Life has a similar lineup to the last outing, outside of drummer Greg Charley joining the group shortly after their previous release. After a few spins, it’s evident that the band has taken strides to tighten up their modern thrash/groove metal sound – in all facets of sound, attack, versatility, and production values.

The quartet possess the requisite skills to deliver material at a variety of speeds and tempos so as to not flatline the aural experience. The slightly doomy “The Elephant’s Foot” lurks in the shadows with this mighty, down-tuned set of riffs that would crush for black album/Metallica fans as well as a bit of Machine Head’s following, the lead break from Mike Szemanski a stunning effort that keeps the melodic bits revolving against the speedy shred gymnastics. Opening the EP “No Hope But Pride” contains a tasteful acoustic guitar setup before the stunned, electric riffs and machine gun drumming roll in from the distance – the track transforming into something you would expect from Trivium, great rhythms and serious roars from Nick vocally that would please Battlecross fans. Mixing up songs in the four to six-minute plus range, Talion understand how to set up the arrangements to keep the listener focused on the next segment – the title track closer a good example of solid thrash mechanics, double kick versatility, and an entertaining twin guitar harmony/instrumental sequence that is very neoclassical in its execution but very hook-oriented for mandatory headbanging activities. And while Nick has worked a bit to improve his clean vocals when executed, he still sounds more convincing in an emo/alternative unit than a fierce modern thrash outfit.

Four years removed from the last EP, Talion are a solid band and have a lot of talent in terms of songwriting, musicianship, and execution. As such, Wretched Gift of Life could see them make bigger strides in the underground. 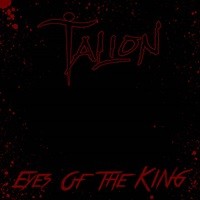