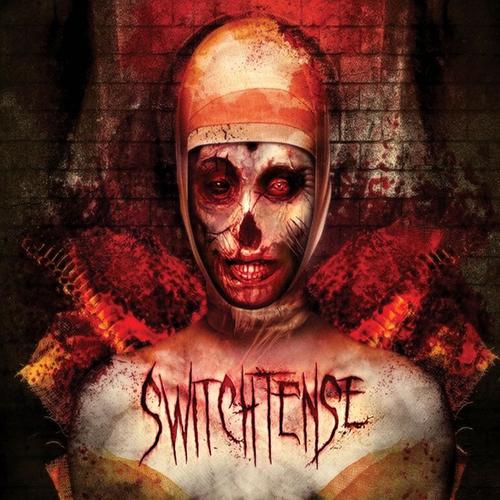 A name that is clearly the product of a band with English as their second (or possibly third) language, Portgual’s Switchtense are able to work around this odd word pairing for a nice round of brisk Euro thrash. On their self-titled album (and second overall), the band evoke the visions of an angular Hatesphere, something that will always get the thumbs-up from the Blistering crew.

Lots of down-beats and spunky riffs to be had, as the band wastes no time in kicking up a storm on “Concrete Walls,” “Face Off” and “Living A Lie.” The bulk of the band’s riff selections are primo, especially the groove-laden portions of “Living A Lie,” which employs a lot of the 4/4 groove and pummel that Hatesphere is so enamored with. The band takes things to even higher level on “Unbreakable,” where cut-throat tremolo picking and lead dive-bombs are on full display.

With little variation to be found, Switchintense do have a hard time staying away from the polka-beat/vintage thrash formula. It’s something the band tries to break away from on “Head of State” and “I Will Stand Stronger” only to be brought back to the thrash party on “This Is Only the Beginning” and “Legacy of Hate,” which features a guest vocal appearance from Leif Jensen of Dew-Scented, another proper sound reference. Such tactics are commonplace for bands of this ilk – it’s so easy to down-beat things to death that getting stuck in one songwriting mode happens all too frequently.

Propensity to be too heavy on the straight-thrash aside, Switchtense have all the makings of a solid up-and-coming band. When they’re firing on all cylinders, they threaten to nip at the heels of Dew-Scented and Hatesphere. Let’s hope they get the whole “variety” thing down, and people don’t knock them for their awkward moniker…