Sun of the Dying – The Earth is Silent (AOP Records) 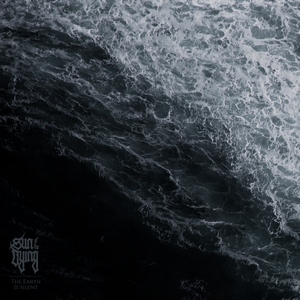 With winter coming closer with each passing day, it’s comforting to dive into the music of the season. Winter’s strongest pairing is that of doom and doom/death, with that cold and desolate feeling able to perfectly capture just the right mood. Sun of the Dying also manage to embody that notion, with their second album, The Earth is Silent, being just the right album to sit down with and view the quiet and falling snow.

Fully incorporating the ‘Peaceville’ model behind them, there’s a lot of that early ‘90s vibe to Sun of the Dying’s sound. You can all name the usual suspects here, and the band does right by them in their ability to draw inspiration rather than outright copy them. That compelling and urgent feeling to their music, emboldened by some gloomy synths and lumbering riffs, gets a more modern swing due to the incorporation of some light melodeath and cinematic elements. Gentle build-ups, like in that of “Monolith,” do their charm in grasping at some melancholic wonder – there’s a theatrical scale to the use of keys and riffs, in this song’s case also utilizing some clean vocals and gradually escalating into the more standard growls as the tempo slowly increases. While the song doesn’t speed up too much, the heaviness really ups the ante and weighs on the listener, making the last minute with gentle keys a serene escape. It’s the same sense of songwriting skill that they use on other tracks like “Orion,” where the sense of yearning eases you in, with sorrow seeming to ooze from each strum of the guitar and amplified by the rest of the instrumentation – just the right amount of gloom with just the tiniest amount of uplifting melodies. When coupled with some moments that they really dig into the death side of things (“A Cold Unnamed Fear”), it makes for some excellent, stark contrast.

Sun of the Dying don’t exactly re-write the death/doom playbook, but they are some master-craftsmen when it comes to songwriting. They never linger too long, instead utilizing a more cinematic approach that feels tight, even with tracks that rest around the 7-8 minute mark. With just a nudge towards some further outside the box territory, Sun of the Dying could really breakthrough in the genre.