Summit – The Winds that Forestall Thy Return (I, Voidhanger Records) 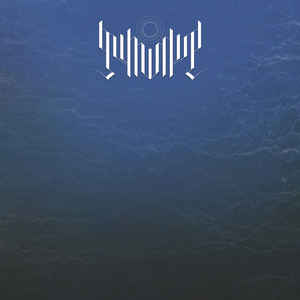 Out of the vast sea of one man projects comes Summit with new album The Winds That Forestall Thy Return. While you might not be saying that title in consecutive succession quickly, Summit offer up something different with TWTFTR. The creation of multi-instrumentalist Gabriele Gramaglia, Summit offer five tracks of mostly instrumental music (there are some choral vocal bits thrown in the mix here and there) that jumps all over the place yet still retains a very accessible and engaging atmosphere to it.

Opening with the epic “Hymn of the Forlorn Wayfarer” show cases Gramaglia’s apt song writing sensibilities while still retaining a technical flair to his guitar playing. The song ranges for equal parts Isis and Neurosis with tapings of Blut Aus Nord (I feel like I’ve said that with many bands lately) and Pelican, which work together to create a kaleidoscope of brooding melody and heady atmospheric flair.

Kicking up the aggression a notch, “The Winds that Forestall Thy Return, pt II” begins with a jagged Dillinger Escape Plan-esque chord fuck that wanders into a sludgy mire of sustained chords which are woven together at the end with some well-chosen synth tones to build the song to an almost Devin Townsend sounding climax (minus the OTT vocals of course). TWTFTR does at times feel a bit over indulgent with what it’s trying to achieve and not every track feels like it accomplishes the goal of the above mentioned songs. “The Winds That Forestall Thy Return, pt. I” seems like more a trial in cool sounding synth and guitar effects rather than an appropriate contribution to this album.

That said, there are few missteps taken by Summit with this release. The production is punchy and perfect for this style of instrumental/atmosphere heavy music. There are many excellent influences and styles on display with The Winds That Forestall Thy Return that make this release a success. If you’re looking for something different after a night of blast beats and Satanic hymns, which stays in the extreme metal wheel house, Summit have you covered.