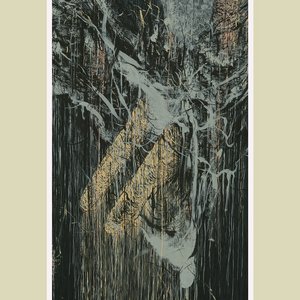 We thought 2019 was a terrible year. Everyone looked forward to 2020, filled with promises of a clean slate, and look where we are right now. An economically debilitating pandemic, ongoing quests for racial justice, loss of morale and motivation, everything we ever knew was “normal” suddenly halted and we were left blind, desperately trying to grasp on to some semblance of what we had, the comfort that we lost.

Such are the themes that Sumac tackles in their new album May You Be Held. The PNW trio came together around summer of 2019 to craft another masterpiece of labyrinthine song structures and wanton improvisation, with more boldness on the latter. It is quite heartwarming to observe Aaron Turner to fully run with his free-form and Merzbow/Haino/Brotzmann muse, unbound by the constricted pigeonhole of “post-metal” and commercial appeal.

“A Prayer for Your Path” starts off the ritual with bowed vibraphones courtesy of drummer Nick Yacyshyn as Turner gently eases the listener to what will be a face-melting experience. The title track is a profound display of Sumac’s inherent musical dichotomy. Starting off with muted chords, the song instantly springs to life with joyous howls and an exuberant rhythm section bent on snapping your necks in approval. “As the fires are swallowed by the flood, will you offer balm the wounded?”, Aaron growls as the trio forges on with pure intent manifest as Sumac’s troglodyte pummeling. All of these soon dwindles down and nothing is left but static and noise concocted from Turner’s weapon of choice. His EGC definitely gave Sumac their characteristic metallic sheen, such resonant beauty exuding light and darkness in equal measure. Just when the noise is about to fully envelop you, the band comes back in full-force with speed and power as if to wake you up from your complacency with the goings-on in the world. The song eventually wraps up after a chaotically unhinged guitar solo (not unlike what Turner did in his Repression’s Blossom solo LP) into a menacing, slow descent into singular and thunderous toms with the eerie mini-marvin thrown in for an otherworldly feel. Brian Cook’s subterranean tremors felt all throughout the song, gleefully hammering away at his strings as if nothing else mattered but his singular brutish assault.

“The Iron Chair” is perhaps the best choice for a “single”, as Sumac has perfected the chaotic improvisation by themselves without the guidance of Keiji Haino. It’s beautiful to witness Sumac dive into free-form mode with such confidence in each other’s abilities as they bring out the best in one another, bound by some form of alien logic. “Consumed” creeps in after 3 minutes of drone to reward you with repetitive assaults to the senses. Almost hypnotic in its sludgy quality, this song almost made it into 2018’s Love in Shadow, until it was deemed incomplete; 2020 witnessing the finished product, replete with fulfilling odd-timed passages, low end tremors, and massive grin-inducing riffs. The song devolves into ear-piercing drone and then explodes into Sumac doing Sumac things: race-to-the-finish riffage and Nick’s tasteful assault on the skins. Bookended by the somber “Laughter and Silence”, it all ends with the transcendent organ courtesy of Faith Coloccia and Turner’s gentle guitar passages.

Undoubtedly one of this year’s most challenging records, Sumac’s raison d’Etre to push forward with the limits of their instruments to create mind-boggling arrangements and patience-stretching drones with free-form experimentation has never been more evident than with May You Be Held. Fearless. Peerless. Uncompromising. SUMAC. 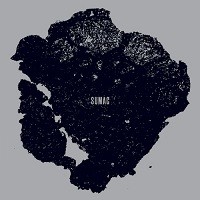 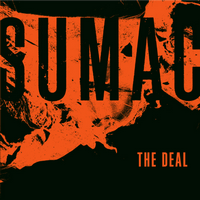