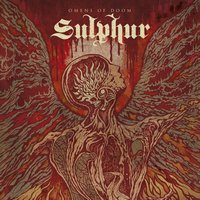 Imagine if pre-Still Life-era Opeth and Sons of Northern Darkness-era Immortal had a one-night stand and accidentally got knocked up. The unholy offspring of such a union could well be Norway’s Sulphur. Not quite technical enough to be branded ”tech death” and not quite progressive enough to be labeled as progressive death metal, Sulphur still mixes both tech and prog into their stew of blackened death metal. The resulting blend could have been great, but somewhere along the line it falters, not knowing which path to take.

The dangers of mixing too many influences in the attempt to create something unique is that you end up sounding less like a whole and more like, well, a bunch of different stuff. In the case of Sulphur, it seems to me that half the band would prefer to play old school black, while the other half want to play progressive rock instead. The amalgam of the two could end up in something reminiscent of Sweden’s Tribulation but Sulphur never reaches their level of songwriting.

I’ve listened to Omens of Doom many times when writing this, and the album still hasn’t grabbed my attention. It’s not for a lack of hooks or musicianship. These guys are skilled and write decent songs, but to me it seems like the album never takes off. The writing is full of dissonant chords, melodic parts, and even some chants such as in ”The Devil’s Pyre”, things that when put together should make for a good song but somehow doesn’t seem to blend here.

Productionwise it is not bad, it’s just not very exciting. The guitars, especially in the leads, could have done with a different soundscape, more spacious than the dry, low-distortion stuff coming from my speakers. The vocals, while well performed in a blackish way, are far too monotonous for the underlying riff-fest. Saving graces are the drums which sound great with a heaviness to the kick and nice, clear cymbals, as well as the occasional keyboard tidbit that gives the album a flair of it’s own, notably the Zombie-esque intro of closing track ”Alt Svartner”.