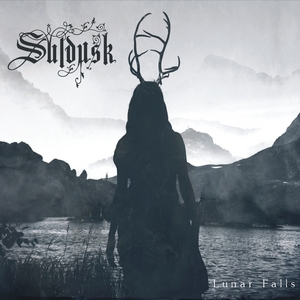 One-person forest-y metal isn’t exactly new territory in 2019. Ever since the wave of post-black metal hit its pinnacle, there’s been an abundance of the stuff on the market. Many of which are simply content to stick to the status quo. But the elements of light and darkness in this particular genre can be more if you simply let them. This is where artists like Emily Highfield’s Suldusk take things ones step further.

There are some elements of post-black that are used sparingly on Lunar Falls, but there’s more neo-folk material than anything else. The contrast that develops when the two are played off against each other is really what makes the album shine. There’s plenty of angelic, acoustic-driven material with Highfield’s ethereal vocals, but there’s an occasional foray into something that feels darker (yet still focusing on the nature aspect) with “Solus Ipse,” “Aphasia,” and “Sovran Shrines” tipping the hat further in the Wolves in the Throne Room/Agalloch direction. Even at these heavier moments, the overall feeling of gloomy and melancholy is the driving force. Never does the music really take a malevolent turn – it’s more internalized and introspective in nature. The more gentle side of the band is just as compelling, with “Catacombs” and the Trees of Eternity-inspired “The Elm” providing some solemn tones while keeping the music interesting. A slightly more gothic sound keeps some of these tracks from feeling too similar to other neo-folk acts, even if the nature element is similar in tone.

Despite some upticks in heaviness at times, Lunar Falls is the perfect rainy day listen. Or better yet, an album for a quiet jaunt through the woods. Whatever your take, the acoustic nature of the album is well contrasted with the post-black influences and provides a listen that feels like something more than the average post-black/post-rock release. This is the genuine article if you enjoy this type of material.