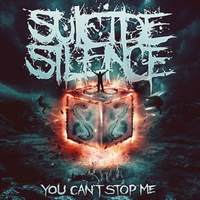 If previous reviews have said anything, deathcore as a genre is one that this writer doesn’t particularly subscribe to. However, with the addition of All Shall Perish screamer Eddie Hermida taking over for the departed Mitch Lucker, curiosity won out. For any band losing a much-loved and established vocalist, starting over again with someone new is always a challenge but can lead to new opportunities and change.

On the bright side, it appears that Suicide Silence have decided (whether this comes down to Eddie’s addition isn’t known) to push things back further into the metal realm, as opposed to the nu-metal tinkering on The Black Crown. There are fleeting moments between the incessant breakdowns and chugging riffs that feel almost like a much less technical All Shall Perish (due to obvious reasons). Eddie’s vocals are just as punishing and visceral here as anything he did with All Shall Perish. Also bringing in some ‘metal’ cred is a few lines on “Control” brought to you by George “Corpsegrinder” Fisher, which proved to be one of the stronger tracks on the album.

However, this is still Suicide Silence through and through. The riffs have a tendency to sound generic and they really don’t try to do much in the realm of experimentation. There are some short-lived melodies on “Sacred Words” that actually work quite well but this doesn’t occur nearly enough throughout the disc. This reliance on chugging riffage and breakdowns may be suitable for the average Hot Topic fan, but isn’t going to win them over any dyed-in-the-wool metalheads (though really, why would they try to at this point).

With the exception of the vocals, You Can’t Stop Me plays it safe. Granted, the band has been through a lot since their last album and have a massive fan base to satisfy. Time will tell if Hermida’s influence will funnel the band down a slightly more adventurous path, but as of right now, the heavy metal magic 8-ball’s response, “all signs point towards no.”