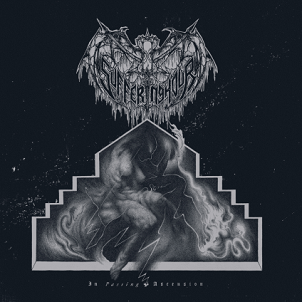 Death metal, or subterranean death metal for that matter, is without a real guitar hero. Obviously, the style doesn’t call for it, having become the murky, ugly stepbrother to a sound that was already ghastly to begin with. (Well, minus those fancy-pants melo-death bands from Gothenburg.) The guitar is meant to blend into the tapestry, align with the bass in providing low-end. It’s not designed in this arena to stand out as much as it does on Suffering Hour’s debut In Passing Ascension. It’s perhaps why guitarist YhA (real name: Josh Raiken) is deserving of such high praise. He’s one of the best young guitar players in death metal.

YhA is all of 22 years-old, which is quite astounding given that most dudes in his age bracket are more concerned with crab-walk deathcore than writing some of the most mangled and twisted riffs this side of Trey Azagthoth circa 1989. The man’s prominent display and handling of dissonance is a marvel, particularly when he takes over a song like “Procession to Obscure Infinity.” On “For the Putridity of Man,” YhA combines the modes of avant-garde black metal and venomous death metal, while the eerie, mind-warping “Withering Microcosmos” would make someone like fabled Voivod guitarist Denis D’Amour (also known as “Piggy”) proud.

More than just YhA’s otherworldly display of guitar playing, Suffering Hour has spun a head-trip of an album where the enigmatic worlds of heady and technical death metal meet. And, of course, YhA’s guitar skills are worth the price of admission alone. Rare when a death metal album contains this many thrill-a-minute riffs. In Passing Ascension has them in spades.