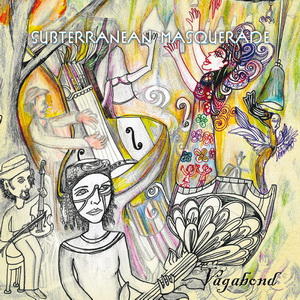 After a significant absence up to the point of 2015’s return with The Great Bazaar, things are apparently moving along for the Subterranean Masquerade crew. Vagabond is only two years removed from their last release (as opposed to a decade). But don’t think that the band aren’t still just as ready to provide a new and enriching experience for progressive metal fans.

The successor to The Great Bazaar, Vagabond not only links sonically, but in terms of continuing the overall concept. Expect a widely diverse proggy offering, in both feelings as well as the amount of instrumentation used. The band pulls no punches in incorporating a plethora of ‘non-metal’ instruments, which are all lovingly inserted without gimmick. Some of which include sitar, violin, piano, saxophone, and dulcimer. It all adds to the texture of the music, with takes progressive to its full extent. There’s Middle Eastern and Oriental influences, prog rock, and even bits and pieces of more extreme metal (including Eliran Waitzman’s commanding growl) to take-in. While it might seem like it’s an overwhelming task, the way things are put together make for some seamless transitions. For one example, “Ways” moves from a great guitar melody to simply piano and vocals, to a more circus-esque vibe before moving into heavier territory (all tied together by that fantastic melody). If there’s one slight mark against the album, it’s that it’s somewhat “frontloaded,” and a few of the tracks drag a bit before the end, such as the cover of Bowie’s “Space Oddity” and more straight-fowardly melodic “As You Are.” But it’s also suffice to say that you’ll be more than intrigued enough to check it out until the end.

Anyone in seek of some exotic flair in their prog metal will find Vagabond to be an enjoyable affair. Their ability to include such a wide variety of influences (and instruments) is duly noted and makes for an album that definitely stands apart from the crowd. 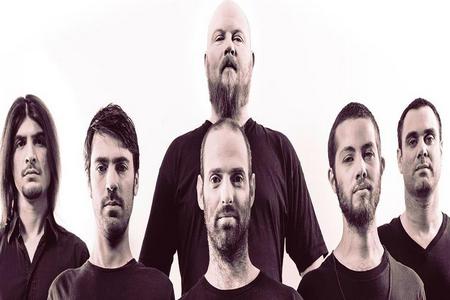 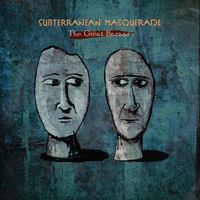