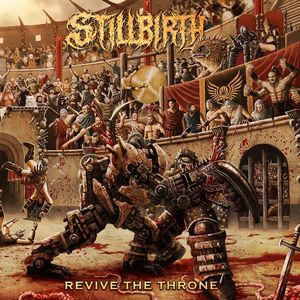 Stillbirth return with their sixth full-length (without including last year’s compilation Back to the Stoned Age) with Revive the Throne. Given the band’s back history in brutal death metal, it goes without say that those who have sought out the band in the past already have their minds made up about this one. But, for the uninitiated, Stillbirth continue to still deliver hot-blooded death metal that’s thoroughly aggressive – even if they don’t bring many new ideas to the table.

One of those releases that’s just meant to kick some ass from beginning to end, Revive the Throne does exactly as advertised. The riffing is thick and hits like a ton of bricks. Really, the tone of Stillbirth’s sound is just what is needed for the material. They don’t come across as stupidly brutal (to the point where it just feels silly), instead exerting some control over the chaos and writing some actual songs instead of a complete blitzkrieg of noise. Case in point, “Breed of Bestiality” comes in with some slow, menacing grooves before taking off into blast-city, but even then, they avoid the tin-can sound that many uber-brutal bands go for. Which means when they return to the slower, mid-tempo stuff it has enough power to cause some damage. Sure, some clichés abound from start to finish – such as a bounty of samples to open up tracks (many associated with gladiators and battle), but they avoid the overly long ones that can all but ruin a song. Along those same lines, it’s short and sweet, unlike 2018’s Annihilation of Mankind, which ran a bit long. The fat has been trimmed, and given the band’s knack for some diversity (both in tempo and extreme vocal range), it makes for a more precise and hard-hitting listen.

While no one is going to walk away from Stillbirth’s latest thinking that they changed the game, they will be sure to note that they are on top of their brutal death metal game. It’s heavy, and chockful of nasty breakdowns that will induce severe amounts of carnage in the right setting. 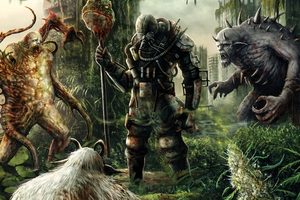