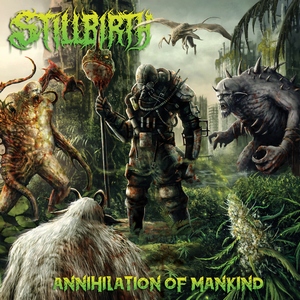 When it comes to the extreme, slam and grind acts are the ones that perpetually push the envelope. Many view them as bouts of musical endurance that don’t sit much higher than noise, while others gravitate to them with glee. Stillbirth have been pushing their death metal concoction of slam, grind, and brutality for five albums now, so one can expect the extremity to be pushed but in ways that are familiar to what they’ve done previously.

If there’s one thing that can be said for Annihilation of Mankind, it’s nothing short of full-out brutality. Whether it’s a gurgling slam (see the title track), explosive rush of grinding blastbeats (“Enemy of the Enemy”), or just some good ole death metal brutality (“Psychological Manipulation”), Stillbirth have their bases covered, and done well. It’s visceral and in your face, and they even pull out some more modern/deathcore enhancements on occasion (“Firststrike”) to add into the breakdowns, which some may be averse to, but it does help to solidify more of an identity than some completely straight-forward extreme acts. The uphill battles that Stillbirth face are ones that are common for the genre though, even if the most devoted don’t see them as such. The length is notable, as almost 45-minutes of this barrage is admittedly a bit of overkill, causing the listener to forget some of the opening moments before the disc comes to conclusion. This is due to the fact that while Stillbirth does employ variety in tone and tempo, the approach becomes formulaic as the album progresses, making it feel like more of the same the longer it continues.

While ultimately more of a niche product, those who seek out the most extreme will still get plenty of enjoyment from Annihilation of Mankind. It slams, pummels, and stirs up plenty of carnage, which is all you can ask for with a release such as this. 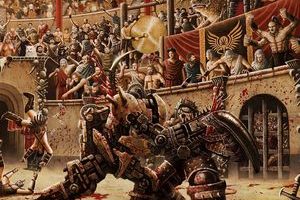