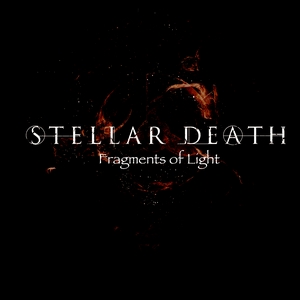 We started scoping out Washington D.C. instrumental act Stellar Death in the early part of 2020 with their steady release of singles. Those singles have now made their way into this first full-length offering, Fragments of Light. The two-man act of Brave members Matt Kozar and Scott Loose (he also of While Heaven Wept) may have lots of doomy roots, but Stellar Death comes across as a more cinematic and all-encompassing journey.

Journey is the key word for a release like Fragments of Light, as it sits on the more atmospheric side of the instrumental metal line. With the band incorporating elements of everything from the aforementioned doom to prog to post rock/metal and more, don’t expect flashy guitarwork or intricate instrumentalism. Instead, the pair create a sonic landscape that allows the listener to go on a self-reflective, emotive trip into the cosmos and beyond. With the first song being titled “The Astronomer,” it does indeed set the vibe for a dreamy trip across the stars. Some songs have a more adventurous spirit to them, such as “Binary Collapse” and opening to “Everywhere and Nowhere,” much of the release is cemented in more quiet exploration. “Betelgeuse” is a cinematic track that has a genuine emotive core to it that centers on a sense of longing. On the other hand, a song like “Critical Mass” takes the time to build itself up from a more post-metal trippy tale into something heavier and playfully proggy towards its conclusion, leaving the final track “Afterglow” to give the listener some time to ponder it all with quiet reflection.

Fragments of Light adds a cinematic quality to instrumental metal without losing its emotional core. Most importantly, it allows for the listener to escape into the stars for a bit and float freely in a mixture that can be melancholic, adventurous, or playful as the band crafts their surroundings. Worth taking a trip with for instrumental fans.