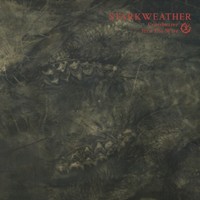 Early metalcore was just that: Metal mixed with hardcore. It had none of the whiny, and/or trendy elements it has incorporated the last 12 or 13 years, an unfortunate happening that almost ruined the good work of those who initially parlayed the style. Philadelphia’s Starkweather are one such band, having formed in 1989, seamlessly able to cross up the rudiments of molten metal with angular, sharp hardcore. But as it usually happens, they were a band ahead of their time who never got their just due. They’ve popped up every five years with a new studio album, sure, but the re-release of their Crossbearer debut and Into the Wire sophomore effort is just as intriguing.

Originally released in 1992, Crossbearer retains many of the notable sonic elements of the time. Meaning, if you were in any way in or around the likes of Biohazard, Helmet, or Life of Agony, your production job sounded similar. Crossbearer, in its jagged, non-conformist approach, though, is full of meaty odes of real life, some of which stretched song lengths to unforeseen limits, like “Shards/Unto Me” and “The Rift.” But more important, keep a close on the deranged vocals of Rennie Resmini, who is neither pure-hardcore nor metal. He’s just pissed, with plenty of froth a-going on “Tumult” and “Mean Streets.”

Into the Wire came three years later, retaining many of the same characteristics as its predecessor, with bouncy, riff-oriented salvos such as “Shroud,” the pointed “Murder in Technicolor,” and melodic, but far too short “Slither” finding Starkweather playing more compact, but no less rangy songs. So with that in mind, there’s lots to digest with this reissue, with many of these songs surely of the hard-to-find variety. Kudos to Translation Loss for pulling it all together, and here’s to a new album in 2015 to keep with the “every five years” thing.