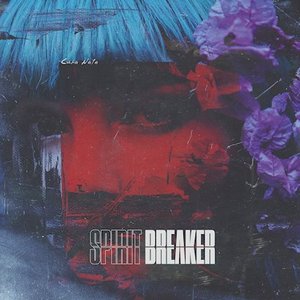 Progressive metalcore act Spirit Breaker released their first full-length four years ago independently in the form of Human Nature. While it’s been a bit since then, the band has returned with their second full-length in Cura Nata and signed with label Solid State. As their first release gaining a wider reach, it’s a solid introduction for fans seeking some musical intricacy with their punchy metalcore riffing.

Spirit Breaker brings several elements into their sound that allow them to have some breathing room within the genre. They can insert some really heavy stuff at times, as well as more complex and chunky riffs (“Pure Wonder and Fury”) with a playful melodic underbelly, and then swing into something that feels more dreamlike and atmospheric (“Garden of Clouds”) and still make it all fit together. Bridging the gap between the two sides are some more melodic moments, which can swing heavier or softer depending on the track, like the heavy grooves and clean-ish vocals of “Holopresence” or the gentle chorus that nestles itself in between more visceral and aggressive riffs in “A Cure for Wellness.” With the band’s wide arsenal, it is the melodies that often shine the brightest, and the way that they are layered into a song urges you to go back and listen to a song another time to peel away some of the other elements to dig further into them, like the flowing melodies emanating from “The Mountain Between Us.”

There’s a lot of positives to Spirit Breaker’s sound and approach. They can cast a pretty wide net while making sure all of the ground level details are taken care of, as well as provide an experience that grabs the attention with intensity along with some emotive resonance. Cura Nata should be just the ticket to give Spirit Breaker some deserved attention.