Spektr – The Art to Disappear (Agonia) 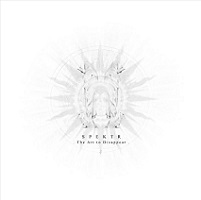 Not so much of an album as it is an excursion to the cluster-f of “weird.” And Spektr are French, which means such a connotation is the norm, at least when we’re speaking in extreme metal terms. The band has been active since 2000, comprised of two gents under the names of kl.K and Hth, both of whom handle vocals and a myriad of instruments. When we last heard from the band in 2013, they were going the all-instrumental route with Cypher; The Art to Disappear on the other hand, kicks in some vox, amidst all of the cyborg weirdness.

On the level, Spektr would classify as black metal given the occasional brush with frazzled guitars and blasting, which is what largely goes down on “Through the Darkness of Future Past,” which is sandwiched between two short jaunts, “Again” and “Kill Again,” which obviously, ties together some sort of lyrical thread. From there, the Frenchmen churn out the startling “From the Terrifying to the Fascinating” and “That Day Will Definitely Come,” where upon Spektr’s propensity for avant-garde experimentation starts to click. It’s eventually tied together with album closer “The Art to Disappear,” which introduces a rash of somber elements.

An album with five “real” songs out of nine, The Art to Disappear takes the obtuse, everything-goes, fuck-it-all approach of French avant-garde black metal and runs with it. Clearly not for the simple-minded, nor the conventional, The Art to Disappear, as we previously indicated, is almost too out-there for its own good. 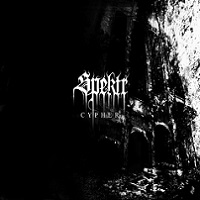