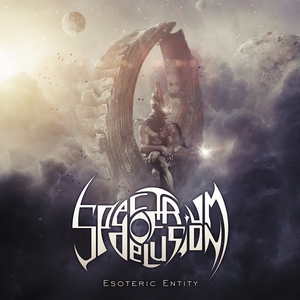 When it comes to the tech-death department, some of the best bands are the ones that are popping out directly onto Bandcamp and doing the independent thing. Labels have some of the leaders, sure, but those up-and-comers in this scene have a tendency to match their veterans in both technical ability and atmosphere on occasion. Spectrum of Delusion is a fresh act sure to be on the rise based on Esoteric Entity.

Drawing some quick comparisons to the upper echelon, such as Beyond Creation and Obscura, there’s much to celebrate about Spectrum of Delusion’s playing style. There’s the intricate playing style that you expect with this sort of thing, which goes all across the board in the band. Dizzying riff patterns, vibrant fretless bass, and drumming that doesn’t rely too heavily on sheer blasting all come together around the type of brutal vocal delivery that you’d expect to find. But in today’s tech death age, it takes more than musical prowess to impress, and the thing that is most striking about Esoteric Entity is the attention to melody and structural change below the radar. Spectrum of Delusion manage to find ways to keep melody within their chaotic front – be it a catchy yet shreddy solo, monster groove (“Timelines”), or even saxophone (“Ruler of Cruel”). There’s plenty to keep you interested, and despite a plethora of time changes within a song, they make the transitions work seamlessly and it never feels like a patchwork of ideas. They also keep it lean and mean, with a 36-minute album that doesn’t overdo it. It gets in and gets out before you become exhausted from the admittedly dense work that they have crafted.

Esoteric Entity is an easy winner for those who crave top-shelf tech death. While there’s no unexpected twists and turns, they roll out delightfully sadistic tunes that will easily satisfy. Lastly, they are charging less than $2 for this – no excuse not to give it a few listens. 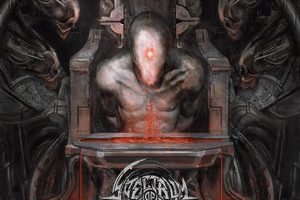