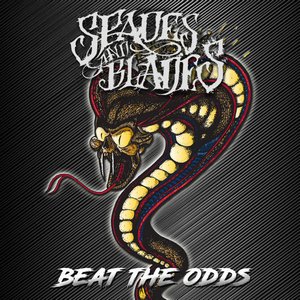 Spades and Blades were an unknown entity to this scribe, until catching them on the Fear Factory 20th anniversary Demanufacture tour. There hadn’t been much music that had popped up since then, but low and behold, here’s a new EP from the California act that has some potential, even if Beat the Odds hasn’t completely untapped all of it just yet.

When the tracks unfold, it’s pretty clear that metalcore is the order of the day. The combination of clean/harsh vocals, catchy melodies, and plenty of groove all but locks them in with the remainder of the genre with little hesitation. It’s done well, but it’s also something that we’ve heard a good deal of since the early 2000s. “No Defeat” has all of the bells and whistles, even if it does enjoyably drive towards the heavier end of the genre (think more Bleeding Through than Killswitch Engage). Thankfully, this is where some of the potential bears its fruit. The opening title track, in addition to some added bulk to the riffing and grooves, also has a bit of that Fear Factory mechanized attack going for it, in both the guitars as well as the drumming. In combination with the darkened synths, it really has a cool vibe going for it. It’s just as catchy as it needs to be (particularly the chorus), but there’s a more unique feeling that is captured in this song with the rhythms and groove. Unfortunately, the rest of the EP doesn’t seem to grab that same feeling, but not for lack of trying along the way – the monster grooves of “If We Believe” are punchy and aggressive, with some uplifting melodies to boot, and “Stand My Ground” again returns to more mechanized riffing in spots.

Beat the Odds is an enjoyable EP for Spades and Blades, but one can’t help but imagine the strength they could wield if they really captured the power of those mechanized riffs more often. Those who are seeking that metalcore sound though will inevitably dig this one, as it’s certainly already above average in that regard.