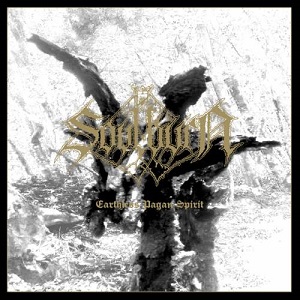 Their past ties to Asphyx notwithstanding, Soulburn feels a smidge redundant, or, inferior when comparing them to the band whose name (and members) they once occupied. Their second album since their 2014 reactivation, Earthless Pagan Spirit comes out at nearly the same time as Asphyx’s throttling Incoming Death, a savvy, doom-stroked album that doesn’t feel nearly as dated and out of step as the album in question. Perhaps the bands can coordinate their releases a little better next time, eh?

To the matter at hand, Soulburn’s old-school handle on death metal is no different than most bands parlaying the sound. They stick with the basic elements of simple riffing, somewhat varied arrangements, and a zero melody policy. While Soulburn doesn’t have the same doom fervency as Asphyx, they’re a bit more prone to working in the same territory as Incantation or Morgoth. This is best exemplified on the slow grind of “The Blood Ascendant” a taxing run through the absolute depths of Dutch death metal. Songs of a sinister, classic nature include “Howling at the Heart of Death” (featuring the most rabid vocal performance from Twan van Geel) and rumbling “The Torch,” a number that finds drummer Bob Bagchus (he of ex-Asphyx/current Hail of Bullets fame) creating quite the d-beat racket.

The smart folks at Century Media may not have preferred the fourth quarter marketing plans to include two bands of a similar nature and past, so whether Earthless Pagan Spirit fails to land because of timing or its somewhat generic nature is anyone’s guess. What we do know is the current version of Asphyx is far superior. Too bad record companies can’t come out and say such things about their roster. So we will.