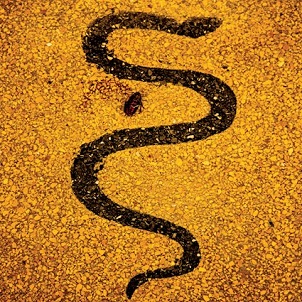 Perhaps the best representation of the blossoming “coldwave” sound circa 2017, France’s Soror Dolorosa have been here all along, having formed in 2001. The catch is that the band is made up of a few ex-black metal dudes who evidently found that playing an inventive brand of Sisters of Mercy-meets The Cure-meets-Goth rock is the way to go. Apollo happens to be Soror Dolorosa’s fourth full-length and first for German independent stronghold Prophecy, who is also reissuing the band’s previous three LPs. But, the onus should be on Apollo, an album with many faces and moods.

“Coldwave” is largely what it says it is: New wave music funneled through the (already) dark worlds of metal and rock. And while there’s not much metal to mine through on Apollo, the atmospheric balance goes from reflective (like a rainy day stroll through a park with leaves strewn everywhere) to bright (think the drama of the ’80s). However, neither tilt the scale of the album in one particular direction. The album’s predominantly dark forays like the opening title track, “That Run” and “Night is Our Hollow” are met with vocalist Andy Julia’s poignant delivery on the brilliant “Everyway” and standout “Another Life,” which (pun intended) in another life, would be a new wave hit.

The Frenchmen save the experimental bits for the album’s later cuts, although slicing in the synth-pop modes of “The End” and “Deposit Material” bode well for Apollo’s overall sequencing and feel. And to that point, it may be a reach to find another album this year so finely-attuned to an aesthetic like Apollo. Soror Dolorosa have it all lined up for them. Meet the new leading post-punk, cold-wave band. Or rather, say hello to one of France’s best rock bands.

Soror Dolorosa – Only the Brave