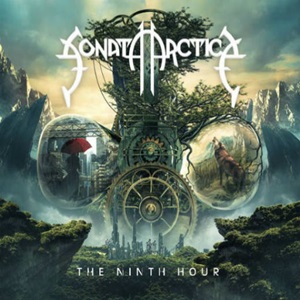 Power metal devotees can be an ornery fellowship, especially when favorites like Sonata Arctica change course stylistically. Fifth studio record Unia boldly pushed Tony Kakko’s songwriting into progressive-laden landscapes, eschewing their pure speed and angelic, happy sing-a-long melodic stance as they redefined who they wish to become. Since then it’s been a balancing act between the power and experimental sides, to the point where even bluegrass nuances crop up in “Cinderblox” for Stones Grow Her Name or church pulpit talk on “X Marks the Spot” from Pariah’s Child. So here we come to The Ninth Hour, the unironically titled ninth studio platter and sure once again to fire up keyboard yay and naysayers regarding where the quintet chooses to go almost 21 years since formation.

Early on the band establish a free form comfort in mid-tempo experimentation while still throwing down the occasional heavier power chords or double bass flourishes for “Closer to an Animal”, possibly one of Tony’s most varied vocal contributions to date as his lower to upper register has a flair for the dramatic speaking to his long-time love for Queen. Tackling the struggles of depression and friendship with bluntness (‘life is better alive/ it is a dumb thing to say/ but the fact won’t wane away/ smile at someone today’), “Life” has that commercial sheen with proper keyboard layering to slide comfortably into SA’s live set lists. Nighwish’s Troy Donockley makes a whistle/flute appearance on “We Are What We Are”, giving the folkish-ballad a throwback, Middle Ages-legend feel. For those who worry that Sonata Arctica have totally abandoned the power metal ship, look no further than “Rise a Night” and “Fairytale” to hear two slices of pure gold, where chorus choirs, bright chords, and a bevy of faster, double kick maneuvers abound in different textures.

The ten-minute epic “White Pearl, Black Oceans Part II – By the Grace of the Ocean” is a follow up to the Reckoning Night original. Beginning in ballad-oriented splendor with piano and Kakko’s classic melodic touch, the arrangement ramps up the symphonic touches around the 4:12 mark to take you on a majestic ride that feature a burning Henrik Klingenberg/ Elias Vijanen keyboard/guitar instrumental break while the story unfolds in dramatic, theatrical splendor. The wolf appears again on another thought-provoking cover piece – in the end Sonata Arctica have earned the right to explore fresh terrain even if it’s to the detriment of early supporters, resulting in a wide array of power/progressive/symphonic-oriented songs for The Ninth Hour. 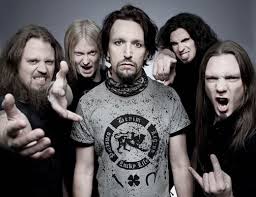