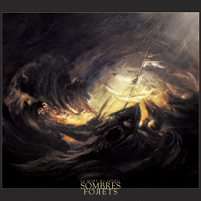 The fever sea rages, as water batters the hatches and the vessel nears being swallowed. Man has lost yet another battle with Mother Nature, perhaps as retaliation for all the stupid things he’s done to the planet. It’s a chaotic ending for the ship, and once the storm has passed and just remnants remain, some kind of tune has to be carrying on in the background. Enter the third album from one-man atmospheric black metallers Sombres Forets, La Mort Du Soleil.

For comparison’s sake, if Alcest is designed to transport the listener into a dream world, then Sombres Forets is the darker, more complex of the two landscapes. Touches of melodic beauty, adorned with no lack of gentle acoustic guitars and well-placed piano work provide the soft side to the proceedings, while the throat-peeling rasp of mainman Annatar comes through in the extremity department. Songs like “Brumes” and “La Disparation” are titanic (pun intended) epics, meant to force the listening subject to straddle in, buckle-up, and prepare one for what’s around the corner. And around that corner is rife with the atmospheric drawl of post-black metal, with “Etrangleurs de  Soleis” emerging as the album’s high point.

La Mort Du Soleil is towering and involved, perhaps best left to those with time to spare and the will to get to the bottom of things. Three albums in for Sombres Forets and it looks like have another bona fide atmospheric black metal band on our hands… 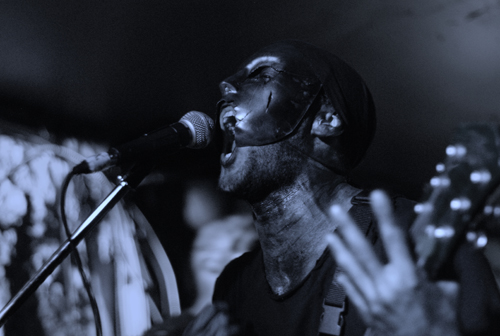