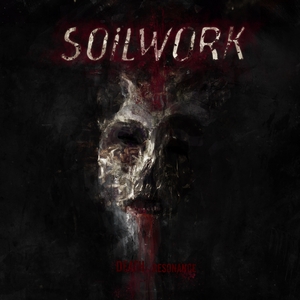 What’s a band like Soilwork to do? Riding on a creative high from the last two (well, three for this scribe), it’s inevitable that some songs get tossed to the wayside. Being a band that has always clipped on a track or two for the Japanese crowd as well, these songs begin to pile up. Why not unleash them upon the world so that everyone can hear them, right?

Death Resonance is a collection of Soilwork taken from Stabbing the Drama and moving forward (the band also released a rarities/b-sides EP that covered their early years called The Early Chapters). Adding to the flavor (for the die-hards that have gotten ahold of the Japanese bonus tracks already) are two additional tracks, “Helsinki” and the title track, which continue the great melodic yet aggressive presence that made The Ride Majestic such a strong album. The rest descend in order of when they were released, with a big treat being the entire Beyond the Infinite EP that was previously only released in Japan. It’s clear the band took some pride with this release as well, with the older songs getting a fresh 2016 remix (the old bonuses from Sworn to a Great Divide and Stabbing the Drama). Because of this, there’s no real dip in the sound quality, making it an album that you can listen to from start to back without thinking to yourself, “this is a compilation album.”

Fresh off the heels of The Ride Majestic, Death Resonance is a nice look back through the last 10-ish years of Soilwork. Compilations like these are best served when the band is involved and provides some extra goodies to the table, which is evident from the new tracks and willingness to remix some older ones here. A must have for Soilwork fans.