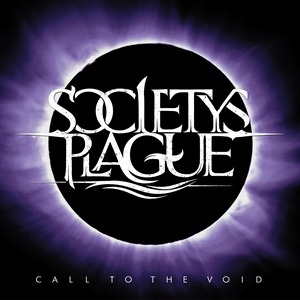 If there’s one style of metal that this scribe always seems to gravitate towards, it’s that of melodic death metal. The room for aggression and melody side by side is one that can be a dominating force when it’s used at its best. When the sound became Americanized, it sacrificed a bit of the aggression for ‘poppier’ melodies and it became a bit hit or miss. This particular brand of melodeath is what the Kentucky-based Society’s Plague subscribe to, for better or worse.

There’s a clear throwback to the mid-2000s when listening to Call of the Void. It combines some of the later Gothenburg sound alongside the pioneering approach of the early metalcore favorites. Which also means that it’s a sound that has been done to death, and it’s necessary to really embrace the foundations and exploit them or try to expand upon them if one means to stand out. The unfortunate stance of Call to the Void is that it doesn’t seem to do either. Most of the songs follow an entirely predictable pattern, from the clean/harsh dynamic to the heavy/melodic interplay. Because of the formulaic nature, nothing really ever grabs the listener and calls them back to the album. Even the standout “Distance Waves,” which features Bjorn Strid as guest, has a hard time getting off of the ground (outside the rather catchy opening riff/synth combo). Not helping matters is more Linkin Park-esque cleans that share almost equal time with the harsher barks, and the album tends to lean towards poppy moments (think In Flames’ Reroute to Remain or Soundtrack to Your Escape) – something bound to alienate more traditional melodeath fans.

Ultimately, while there’s nothing particularly working against Society’s Plague, it feels too middle of the road to really stand out. While it’s a genre that this scribe still finds quite a bit of enjoyment in, its releases like this one than have tended to dilute the sound over the years.