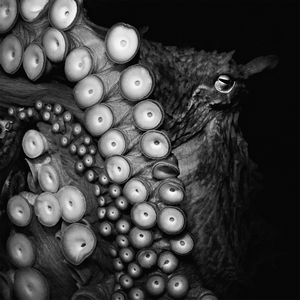 The all-important power of gloom. A feeling that more metal bands are approaching, instead of the aggressive and caustic. Think of bands like Katatonia or Ghost Brigade. Bands that have transcended some metal “boundaries” in order to achieve a more depressive and melancholic approach. It’s here where Skein likes to live on their sophomore effort, Deadweight.

Skein have a passing similarity to both of the bands listed above, along with a bit of Tool thrown into the mix, with some post/atmospheric tendencies. But they avoid sounding like a mere patchwork of the aforementioned influences by the way they blend these elements. The band can go from calm and super melodic (“The Fear is Love”) to a monstrous wall of riffing and shouts at the drop of a hat (the title track), as well as mix the two components together (“Lies Mundane”) more often than not. There’s a lot of tension and dynamics at play while they swirl the two equally important parts to their personality together. The key ingredient in keeping said fusion? Gloom, of course. Deadweight is not a happy record. It’s not going to put a smile on your face, even if you do get some of the hooks stuck in your head (the excellent “Bound”). While some of the transitions may be a bit jarring, such as the shift from “Seduction” to “Lies Divine,” but it never takes away from the overall feelings and emotive power of the album.

Want something that’s heavy, emotive, dark, and memorable? Skein have delivered an album that seems to capture it all with balance and grace. Heavy as sludge, and sorrowfully atmospheric – it’ll be exciting to see how they continue to evolve their approach with future offerings.