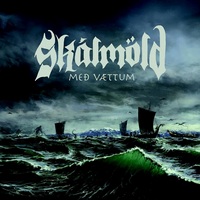 Oftentimes, there’s a degree of authenticity in Viking metal that has gotten since the genre’s explosion over the last decade. This is no concern to Iceland’s Skálmöld, who have been going their own way with their two previous efforts. Listening to Með Vaettum is no different; from the Icelandic language used to the folk instrumentation, to the wide variety of influences the band incorporates into their music.

If you’ve missed out on Skálmöld so far, here’s a quick breakdown. The band weaves elements of classic metal riffing (think Iron Maiden’s gallop) with some of Amon Amarth’s aggression and a bit of Finntroll’s bouncy darkness with a dash of thrash, black, and doom metal to taste. Clearly, there’s a lot going on but the band does make it work within the framing of their sound. Likewise, there’s a multifaceted vocal approach that goes from the expected gruff vocals to chanted parts to more traditional sounding clean vocals. You can hear the differences within the tracks, going from the doomy “Með Jotnum” to the more frenzied opener “Að vori” to the epic sounding “Að vetri.” Skálmöld have done their homework and covered all their bases.

Yet for all their efforts and diverse weaving, Með Vaettum still feels like “just a Viking metal release.” Not that there’s anything wrong with that, as there will probably be plenty of listeners happy to hear Skálmöld’s take on the genre (and as we always say, not every album has to be revolutionary). But nothing comes out and grabs the listener over the course of the entire album and the overall lasting impact can only be described as “good.” But perhaps that’s enough right? 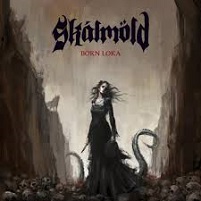