Essentially Alexi Laiho (Children of Bodom) singing over punk rock/80s metal songs, Sweden’s Sister (not to be confused with the 70s Sister that had Nikki Sixx and Blackie Lawless in the ranks) manage to take several intertwined styles and not make total fools out of themselves on Hated, their debut full-length. And while Laiho isn’t actually in the band (hopefully we didn’t fool you), his vocal doppelganger Jamie gives the album plenty of snarl over stupidity, which Hated comes precariously close to at times. All this results in a surprisingly enjoyable and harmless outing.

Much like their countrymen Sister Sin (there are TONS of similarities here, band names aside), Sister revel in the fast-action, anthemic brand of rock and metal that is quick to recall the 80’s glory of Motley Crue, Hanoi Rocks, and other “dirty” rockers. Sure, there’s plenty of attitude here, with “Body Blow” employing some cool gang vocals, “Bullshit and Backstabbing” digging into a Ratt-like groove, and “Spit On Me” holding down the fort with some very Bodom-like vocal cadences. Plus, who doesn’t want to shout “Spit On Me!?”

The only clunker here is the ballad “Would You Love A Creature?” which is totally emblematic of the gut-wrenchingly off-putting ballads of three decades ago. Outside of that, Hated is sure to find an audience with the punks, glam rockers, and the small segment of metalheads that aren’t totally sick ofbands

trying to portray a false sense of toughness and authenticity. Not quite sure where Sister rank quite yet, but Hated is totally inoffensive, which is plenty good for the time being. 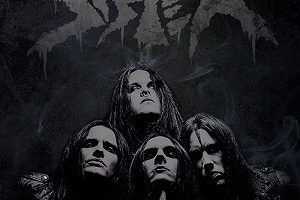