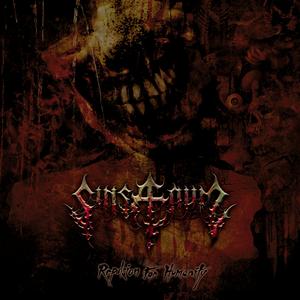 Having accumulated a few EPs and their full-length Echoes of the Tortured to their credit, Sinsaenum has been rolling along with plenty of momentum since their inception in 2016. But in today’s market, it’s inevitable that bands have to push a little bit harder to keep their name from being forgotten, even if said name includes Frédéric Leclercq (Dragonforce), Joey Jordison (ex-Slipknot), and Sean Z. (ex-Daath), among others from Mayhem, Loudblast and Seth.

Taking the cues from their previous EP, Ashes, Repulsion for Humanity reeks of a pure death metal sound but isn’t okay with simply drawing the line there. Instead, the group reaches for a more multi-faceted approach within the death metal framework, allowing it to blossom a bit. Noticeable melodies and hooks are the main attraction within the brutal walls, sometimes splintering towards a blackened aesthetic (“Rise of the Light Bearer”) or even just plunking some catchiness into the meaty death metal riffs. They go forward with some clean-ish/spoken word vocals with “I Stand Alone,” which also employs a groovier approach in general. Tracks like “Final Resolve” are an effective display of their movement towards a more melodic direction without sacrificing death metal bite. The tempos are varied as well, moving from slow crushers like opening of “Manifestation of Ignorance” to hook-ridden mid-tempo groovers like “Sacred Martyr” (which has Lauren Hart chiming in on guest vocals) to a few moments where the band explodes into blastbeats and high velocity riffing, such as the opening title track.

In building their name up over the past two years, Repulsion for Humanity shows Sinsaenum at their creative best to date. Completely rooted in traditional, timeless death metal without resorting to an old school aesthetic, the increased focus on finding ways to inject some melody is bound to pay off for the act as they continue (no doubt rapidly) forward and continue to experiment further outside the box. This is what groups culled from veteran acts should be striving towards. 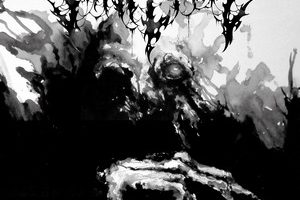