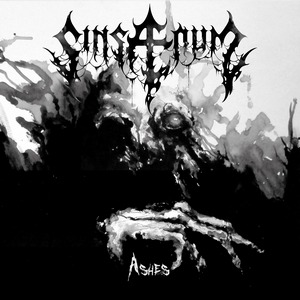 Hard to avoid the world supergroup when it comes to Sinsaenum. Containing members/ex-members of Slipknot, Mayhem, Dragonforce, and Dååth (that’s not even the end of the list), each member of the band has had a storied history in metal. The band’s first release, last year’s Echoes of the Tortured, proved their worth as more than a simple ‘supergroup collaboration,’ with its genuine death metal bark (and bite). Ashes is a 6-song EP that gives added credence to that same mentality.

Of Ashes’ six songs, only three tracks are new ones. But they serve to strengthen the core of the band’s writing and see them exploring more black-ish influences to compliment some straight-up death metal ones. “Monarch of Death” and “2099 [Heretics]” in particular further this notion, with a solid cross-pollination of grim black metal riffing alongside the death metal chunkiness. It gives the music a more raw and intense feeling, as well as ratchets up a darkened atmosphere. Frédéric Leclercq’s riffing and leads keep things interesting, even at their most frantic pacing, and gives them some light melodic leanings that stay in your head without reducing the brutality level. Outside of the three new tracks, previously Japanese bonus tracks “Degeneration” and “King of the Desperate Lands” are included, which provide more concrete proof of the band’s progression within a year’s time. The album is rounded out by a version of “Dead Souls,” which has been given a remix by Frederic Duquesne.

While admittedly a ‘stop-gap’ release, Ashes shows that Sinsaenum are no mere one-trick pony. The songwriting has expanded into some exciting potential directions and it feels as if they have found more of their own footing, even if only a taste has been provided here. But there’s enough to show that their upcoming full-length (due next year) should be an even more interesting and varied beast. 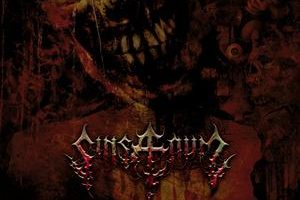