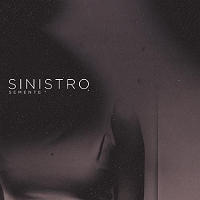 If there was a non-rage soundtrack for art school chicks wearing fishnet stockings who fancy chain-smoking, then Sinistro might be it. Slotted comfortably on Season of Mist’s ever-expanding roster (DR does remember the days when SOM was primarily a Goth label), the Portugal-based band hone in on the brash, somewhat “post” sound akin to that of one of the recent touring mates, Cult of Luna. And yes, there’s the same sort of bubbling atmosphere, intensity, and drift, yet the candy-sweet vocals of Patricia Andrade add an entirely different dimension, thus, making Semente a winner.

We’ll get Andrade out of the way first. She’s unlike many of her fellow female vocalists for the simple fact there’s not a tinge of metal in her voice. Andrade could probably get away fronting a band like Garbage for instance, where her alternative delivery poses a new, exotic angle. It comes to the fore on a song like “Corpo Presente” (all of the songs are in Portuguese), where the guitars and drums menace along while Andrade hums and spins webs like a bee. The drum-and-bass title track is an even further plunge into the exotic, while the aforementioned Cult of Luna spinning takes form on “Reliquia,” which is not only the album’s heaviest jam, it’s also its best, particularly when a serene melody takes form after burly apocalyptic riffing leaves the room.

The catch-all here should be the word “alternative,” which Sinistro is if we want to line them up next to bands with a similar format. Now, it shouldn’t be the narrative, but when you have such a distinctive vocalist along with a batch of heartened, unconventional numbers, the only thing left to do with Semente is cast your predisposed notions to the side and jump on in. 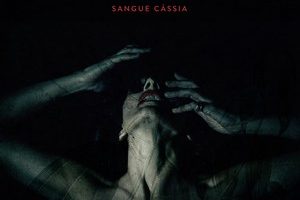