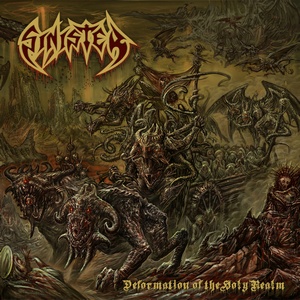 Nothing seems to hold Sinister down, or even weather them in the slightest. Deformation of the Holy Realm is their 14th album in over a 30 year span. An impressive feat by all rights, but what’s more impressive is that no matter how many line-up changes and iterations the band goes through (drummer turned vocalist Aad Kloosterwaard is the only remaining original member and the band lost both guitarists after their last album), the end product is remarkably consistent.

For the somehow uninitiated, Sinister play straight-up death metal. There’s nothing too flashy about it, it’s direct and to the point. They are good at tossing in just enough melody to keep things interesting and rather catchy, but they keep the aggression entirely at the forefront. The opening title track (we’ll forgo the ‘meh’ synth intro and cut to the ‘good stuff’) immediately gives you that blastbeat-riddled taste that one looks for in this material. Kloosterwaard’s vocals are as upfront as they have ever been, and the riffing is just as intense as the drum patterns. Due to their use of varied tempos (though yes, they like to go full speed) and melodies, they can pull off 5-6 minute tracks without a problem, such as “Apostles of the Weak” or “Scourged by Demons,” and pull out all the stops to ensure they are crushing. Dizzying solos are also par for the course, with some tracks like “Unbounded Sacrilege” being remarkable without overdoing it too much.

Sinister continue to wave the flag high for death metal. While it’s debatable if the act will really hit those same notes as their first few releases (which are underrated classics in the genre), there’s still something to be said for the Sinister name to continue to go along consistently in the way that it has. It will strike a definite chord with fans, and at this point, that’s all that’s really necessary. Anything else is just a bonus. 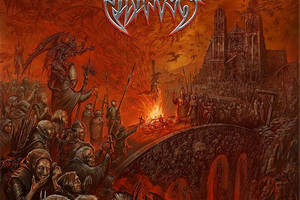 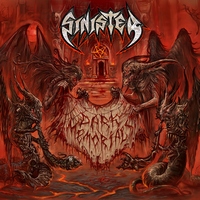 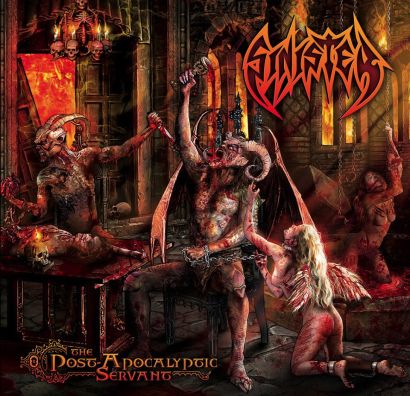