Since Ever – Following (Self-Released) 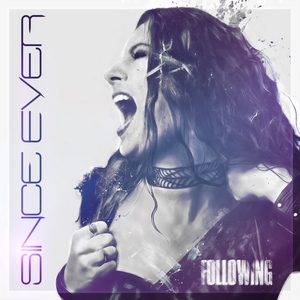 One of those completely random digs through Bandcamp’s archives brought this scribe to Since Ever. A Swedish modern/symphonic metal band with one previous full-length (Isolation), Since Ever brings a cinematic approach that invites the listener into a blossoming world that combines some heavy riffs with enjoyable bombast.

The sort of thing that will quickly and easily be championed by fans of acts like Beyond the Black or Delain, the combination of well put-together metallic grooves and intensity with epic arrangements is hard to deny. It may not sit too far off of the beaten path but it is thoroughly fueled with passion and charm. Each of the three songs on the EP strikes a slightly different chord despite sharing the above details. The title track starts things off with a more assertive tone that is catchy but still has enough crunch to it that it avoids sounding too familiar. “Derailed” revels in thick grooves, particularly in the chorus, and becomes quite addictive the more that one listens to it, and the way the build up occurs around the 2-minute mark showcases some excellent use of synths without becoming overbearing. The current favorite of the three for this scribe, “Rebirth,” has a slower and more methodical tone that gloriously explodes as it reaches the epic chorus. The pounding riffs hit just the right tone as vocalist Linda Lundberg knocks it out of the park as she reaches for the stars.

While it almost feels like more of a taste than anything else at 11.5 minutes, Since Ever shows only their strongest assets. Following is surely worth more than a mere passing glance for those hooked into this particular sound. With the right push and backing, they could easily set themselves up as future leaders if they continue to progress at this rate.