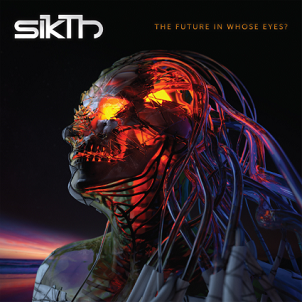 The U.K.’s Sikth never blew up on these shores probably because us Yanks never quite knew what to make of the band. Partially responsible for the launch of brainy, odd-duck metal bands ala Protest the Hero and Tesseract (yeah, there’s some djent scattered about), Sikth called it a day in 2007, well before their full potential and influence could crystallize. As the djent movement started to gain steam, so did affinity for Sikth’s work, namely 2006’s Death of a Dead Day. Topping that album is a tall task, but Sikth proves suitably capable on The Future in Whose Eyes?

The newest ingredient to Sikth’s sound is co-vocalist Joe Rosser, who is tasked with smoothing the edges of Mikee Goodman’s forever-polarizing vocals. Goodman, whose animated caw ranges somewhere between System of a Down’s Serj Tankian and Devin Townsend, gives it his usual go on “Vivid” and “Weavers of Woe,” but it’s Rosser’s help on “Century of the Narcissist” along with a guest spot from Periphery’s Spencer Sotelo on “Cracks of Light” that pay the biggest dividends.

As before, the jigsaw, jumbled riffs and rangy song structures are in tow, some having more impact than others (the manic “Riddles of Humanity” gets a nod). And while efforts to imbue melody and convention create additional diversion (“Golden Cufflinks,” in particular) it’s the constant-motion “No Wishbones” and “Ride the Illusion” that help Sikth maintain their hold on free-form, deftly complicated progressive metal.

A comeback that is sure to be received well across the pond, Sikth may not remain such an unknown quantity on these shores. The metal world has gradually warmed up to what the band was doing a decade ago, setting Sikth and The Future in Whose Eyes? up for their long overdue North American breakthrough. 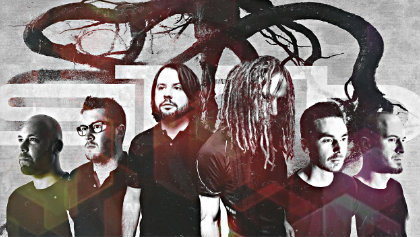