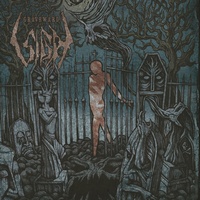 Japan’s Sigh are like nobody else out there. That in itself says a lot, given the sheer number of metal bands these days. Now, they’ve been at it for quite a while, dropping their first album back in 1993 and since then have released a total of (now) ten highly regarded albums. But highly regarded by who is the real question.

Left-of-center is a gross understatement for this band. They are a band that must be heard to be understood, without question. Even a generic description (that I am hesitant to make) like “the Mr. Bungle of metal” is off-base and maybe a disservice to the band. Nothing against Mr. Bungle, of course, but Sigh are a metal band to the core – but a really varied one with a wide-open mind for music. In Graveward one will hear power metal, black metal, progressive rock, death metal, heavy metal, flourishes of jazz, symphonic, electronic, and ethnic sounds, top notch guitar shredding, epic atmospherics, as well as a good deal of cartoonish weirdness. It’s truly useless to try to tuck this music into a sub-genre, but I guess avant-garde extreme metal is a reasonable attempt.

One of the first interesting things that jumps out is the production. It’s raw. Really not what one might expect given the sheer amount of instrumentation and musicianship happening here. Mainly noticed on the drums (but in totality as well), production-wise. It is very human, analog, and old-school sounding, really a contrast to what’s heard with other complex bands. It’s a juxtaposition of sorts against the impressive guitar work that’s all over this album. Lots of solos – big solos – sweeping melody and shreddery, also lots of keyboards (like them or not) are in major effect on the album. Horns and choral passages? Sure thing. Saxophone solos? You got it.

With lyrics in English, there is no barrier to understand this music, aside from the free-form schizo nature of the music itself. Vocals ranging from harsh to cleanly sung deliver macabre lyrics clearly enough to follow along. Graveward is an extremely musical album, with tons of bite and venom, weird as hell and is mighty impressive in its scope. The music of Sigh isn’t for everyone, but don’t sell yourself short and fail to at least check them out. Fans of the band will eat this up.