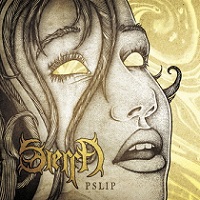 Groove is a beautiful thing and Canada’s Sierra has a bountiful amount of it on display throughout Pslip. Unfortunately with all the olderstonerclassicdoomwhatever feels this album has, an individuality for the band is often lost in the murky and like bong’d out haze. Medium and slower-paced jams are mighty and often lengthy here, and usually they’re interesting enough to suggest their length, just don’t expect most to stick with you after Pslip has run its course.

One look into “Smoke Filled Room” is a hallmark of all the hallmarks you’ll find scattered throughout the rest of the album: groove, lots of bass, and lots of melodic swoon. Southernish feels are paramount to the experience and sometimes to give way to really awesome parts, such as the latter half of “Control Folly” and the solo-break on “100.” Other times the punch is lost when the songs bleed together, especially in the album’s midsection.

Immediate identity or not, Pslip is an enjoyable listen when it’s on and admittedly, that’s the majority of the time. The many signs of future ridiculousness are scattered throughout the hazy waves that dominate the album and in time it’s very possible the band could emerge as some sort of genre pillar in their own right. As it is for now, however, take it at face value, another solid if derivative stoner-semi-revivalist group coming out into the limelight (honestly, I cannot tell who is revivalist and who is not anymore).