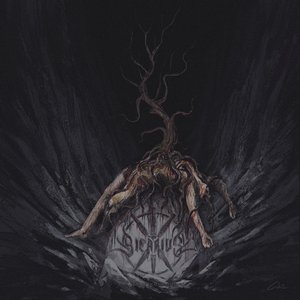 When one thinks of black metal, Southern California isn’t exactly the first locale to pop into the mind. In fact, it’s probably near the bottom of the list. But that hasn’t stopped Sicarius from inciting a violent ruckus. With a previous EP and 2017’s Serenade for Slitting Throats behind them, they once again stoke the black metal pyres with God of Dead Roots.

Given the odd locale, there’s still something that feels much more akin towards Scandinavian black metal present in Sicarius’ sound. It’s as dark an aggressive as it could be expected, as buzzing guitars, tortured screams, and blastbeats galore fill the speakers as “Open Fire” and “A Practiced Hand” leave their mark. Tremolo-picked melodies and some tempo changes keep songs like “Immortal Plight” from being a complete march across scorched earth, but at the same time don’t draw the band too far into simple meloblack territory. It works more akin into layers and adding depth into the music. Likewise for the songs that bring in some darker moods and atmosphere, such as “Nekromanteia,” where a slower and methodical pacing allows Sicarius to channel their energy into something cold and calculating. While the band is most successful when they let their inner rage simply fly unhinged, the melodies and feeling to the music does work to give them something much more memorable in the long run.

Given all of the odd and surprising directions that black metal has taken over the turn of the last decade or so, it is nice once in a while to hear a band that can completely sing it’s unadulterated and pure passions. God of Dead Roots doesn’t deviate much from the black metal playbook, but the vigor and caustic vibes that Sicarius manage to conjure will ensure all that plenty of firepower to work with.